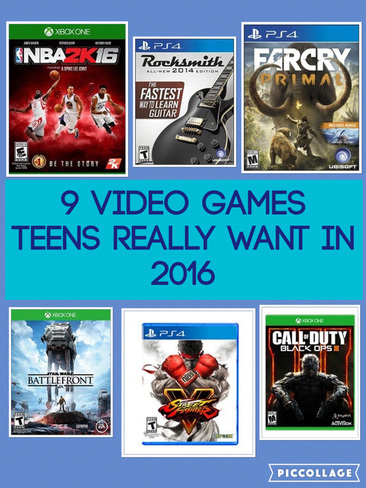 Are you looking for awesome video games for teen boys? If yes, this article is a great place to start to find the most popular and some recommendations and reviews in terms of violence, blood, gore and other adult themes.

The best game for a teen will depends on his age, his maturity and what is popular at the moment.
​
Age - The problem is many of the games teen boys want are rated mature and have adult appropriate content. Whether you buy these games may depend on his maturity, the scenes you are happy with him to see and what is experience is in seeing and understanding some violent and graphic images..  There is a huge difference between a 13 year old and an 17 year old. Of course if you are buying for an 18 year old, it should be ok. .

Rating - There are several games with a teen rating. It's difficult to go wrong with a teen rating, although many teenagers will still want the adult rated games.  Whether you buy these will depend on the teen you are buying for and your own parenting decisions. Some teens may easily cope with graphic content. Some video games also have the option of turning down the blood, gore and violence as well.
​.
Find below 9 awesome games. Some are rated teen, others have an 18 rating.

Star Wars Battlefront has a teen rating.
Star Wars Battlefront is a first person or third person multi-player shooter game. It is super fun.  Although it's a shooter game it lacks blood and gore. There's lots of variety in terms of the characters the weapons vehicles locations and more.
​
It was released before Christmas 2015 along with the Star Wars movie the Force Awakens. And has been a bestselling game so far. It's an imaginative game that captures the essence of the Star Wars movies with great attention to detail. Star Wars fans will love it, Some criticisms of the game have been that battle scenes can be a bit repetitive.  Hardcore shooter fans may not be quite as impressed with the game

NB2k16 is a fab game to buy for teen boys particularly those who love to watch or play basketball. The rating for this game is everyone 10 plus, so you don't have to worry about it being to violent or unsuitable. It's a great representation of the sport of baseketball and it plays like a dream. The presentation of the game is excellent. The players and the attention to detail on the players (such as the hairstyles) make the game look great..

There are lots of different ways you can play NB 2k16 with lots of different game modes including a new Play Now online mode, MyLeague, MYTeam, MyCareer and MyGM modes. As an example, MyCareer sees a character that you create start from high school, recruited by colleges and universities through to the NBA.

If a teen likes sports video games there are many others to choose from as well. Fifa 16 is fantastic for those who are interested in soccer. There's also Madden NFL 16 (American football), NHL 15 (ice hockey), MLB 15 (baseball) and EA Sports UFC (martial arts). .

If you want to buy a video game that will make productive use of a teen’s time, checkout Rocksmith. This video game will allow your team to learn to play the guitar with a real guitar or to improve their guitar skills. It's a great game for all skill levels.  It's a smooth experience with excellent presentation. It makes practising the guitar a pleasure rather than a chore.

Ways to play include technique lessons, chord chards, songs and retro guitarcade mini games. You're continually supplied with appropriate tasks to complete although you don't have to get stuck anywhere. You can create your own road to progress along.

​
Rocksmith can be played with an existing guitar or you can pick up a bundle that comes with a real guitar for about $200.
If you're looking for a fun music game this is it.  There's breadth of tracks with a collection of more than 50 rock songs and some mini games too. Overall this is a fantastic educational game which gives a real fun way to learn how to play music.
Rocksmith has a teen rating. ​

Black Ops 3 is rated age 18 plus. However you'll find many teens a lot younger than playing  this game. It's a shooter game, players shoot enemies from a first-person perspective. There is some violence and killings shown in graphic detail.  However it is quite a futuristic game and many fights are with robots. There is some swearing and adult activities such a smoking drinking alcohol.

There is an option to avoid the  most graphic content which is great you’re worried about your teen being exposed to violence that they shouldn't be. If you're still unsure, why not check out some of the Black Ops 3 videos on YouTube to give you some idea what the game is like.  also if you decide to get it just monitor your teens reactions and behaviour. If you feel they are affected you can stop them playing the game until they're older or use the options to turn off the blood and gore .

It is an exciting game and teens will love it. You can discuss some of the more graphic content before the game is played. ​

The Legend of Zelda

The Legend of Zelda is in action adventure game for the Nintendo Wii U and has a teen rating.  It is due to be released in March 2016. It is a HD remake of a 10 year old video game by Game Cube.
The game is set in an open world which can be crossed on foot or on Link’s horse Epona.  The game world is large and said to be one of the largest in any previous Legend of Zelda game.
It features some of the best puzzles and dungeons in the Zelda series. It is probably darker than other Zelda series but doesn't have any blood or gore. 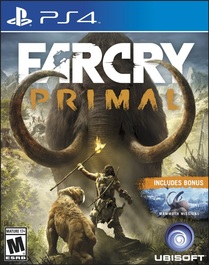 Far Cry primal has it mature rating. It is a very popular game at the moment in 2016,  so it might be one that your teen has already asked for.
The main protagonist is a stone age hunter called Takker. His job is to achieve dominance of two tribes by working alongside several allies

The mature rating will be due to the fact it's a violent and bloody first person action game. There's also some nudity in it.
The game is set in 10000 BC, a time when giant mammoths and sabre-tooth tigers roamed the Earth.  Much of the players time will be spent getting resources and hunting animals. The players also attack enemy villages and defend themselves from attacks from predators​. Other tasks involve crafting to build your village. Upgrading your village gives you extra benefits in the game so it's worth the time to actually do it.

This version of Final Fantasy is two classic role-playing games that were first released over 10 years ago. It's a classic that stood the test of time and has been updated with new high definition graphics and audio.
The remake is outstanding with the enhanced,bright colors that you can see in detail. The remake makes the art design looks awesome. There's an option to listen to the original soundtrack as well as the remastered version.  .
The story is a lot of fun too.
Final Fantasy X is a good entry point for playing Final Fantasy as well. It's aged extremely well.
There's a lot of content in this game (about 200 hours of play for both the games).
It’s  an amazing game, with a great battle system and unique characters.  The stories compelling and will draw gamers in.
It's rated teen and it's great value.

Witcher 3 Is rated mature. It's a role playing game and most parents probably wouldn't want their child playing it into they’re at least 14 or 15, although this will vary according to a teen’s maturity.  What many parents may be concerned about is the female nudity. However there's not too much of this and you can skip the scenes with this in if you prefer.
​
Gamers will love hunting the beasts, slaying dragons, crafting potions and running around vast landscapes.  Decisions the gamer makes will take the gameplay in different and interesting directions. Much of the game is centered around combat, using swords and other weapons to fight creatures.  There are some gory and bloody scenes as well as some swearing.

It is a fun and addictive game with vivid and detailed graphics.

Fallout 4 is  rated mature and is a violent and gory role playing game with lots of gun play.

Players have to make their way through a nuclear wasteland.  It's an open world which hs no boundaries and lots to discover and explore. The story is in depth and interesting. The game play is fun, as well, great for hours of play. It's hard to put down.
It's a story that begins a search for your lost family but the game and story becomes a lot more complex. There's huge variety in this games with lots to explore. The story is good and you'll meet some memorable characters. There's also tons of potential for crafty people to build lots of stuff.
​
There are a huge number of side quests which often outshines the main story and are also rewarding to do.
As well as the violence there is some strong language and drugs and alcohol featured.

As the name suggests, Street Fighter 5 is a fighting game. If he's into fighting games then he'll  already know about the streetfighter series as it's the most well known fighting game out there.  There's no blood or gore and it's rated teen.

There's a diverse cast of 16 characters at launch including four new characters which are all a joy to play with. Several additional characters are being developed and added to the game via regular updates. Six are due to be released during 2016.

This games is potentially the best yet with the customary updated graphics. They've upgraded the fighting system to make it fresh for even the most hardened street fighter experts plus accessible for beginners as well. However, Street Fighter 5  does has mixed  reviews. The game has lots of potential but some reviews have been bad because it is missing key features.  However, some of these issues have already been resolved.  And Capcom says a few of these missing features will come in March 2016.

This website is a participant in the Amazon Services LLC Associates Program, an affiliate advertising program designed to provide a means for sites to earn advertising fees by advertising and linking to Amazon.

As an Amazon Associate we earn through qualifying purchases